"I have come to believe that hard times are not just meaningless suffering and that something good might turn up at any moment. That's a big change for someone who used to come to in the morning feeling sentenced to another day of life. When I wake up today, there are lots of possibilities. I can hardly wait to see what's going to happen next."

"By three methods we may learn wisdom: First, by reflection, which is noblest; Second, by imitation, which is easiest; and third by experience, which is the bitterest"

"There is an island of opportunity in the middle of every difficulty."

"All truths are easy to understand once they are discovered; the point is to discover them."

"Humility is the foundation of all the other virtues hence, in the soul in which this virtue does not exist there cannot be any other virtue except in mere appearance."

"We cannot solve our problems with the same thinking we used when we created them."

"We can't have full knowledge all at once. We must start by believing; then afterwards we may be led on to master the evidence for ourselves."

"Happiness cannot be traveled to, owned, earned, worn or consumed. Happiness is the spiritual experience of living every minute with love, grace, and gratitude."

"God, give us grace to accept with serenity the things that cannot be changed, courage to change the things which should be changed and the wisdom to distinguish the one from the other."

"Strength of mind rests in sobriety; for this keeps your reason unclouded by passion."

"The main reason I go to AA meetings is because I’m stark-raving sober."

"Do not dwell in the past, do not dream of the future, concentrate the mind on the present moment."

"Insanity: doing the same thing over and over again and expecting different results."

"Holding on to anger is like grasping a hot coal with the intent of throwing it at someone else; you are the one who gets burned."

"To be vital, faith must be accompanied by self sacrifice and unselfish, constructive action.."

"Faith is a living, daring confidence in God's grace, so sure and certain that a man could stake his life on it a thousand times."

"That deep emotional conviction of the presence of a superior reasoning power, which is revealed in the incomprehensible universe, forms my idea of God."

"Wisdom, compassion, and courage are the three universally recognized moral qualities of men."

"To be wronged is nothing unless you continue to remember it."

"To this day, I am amazed at how many of my problems - most of which had nothing to do with drinking, I believed - have become manageable or have simply disappeared since I quit drinking."

"We should be sensible, tactful, considerate and humble without being servile or scraping. As God's people we stand on our feet; we don't crawl before anyone."

"We cannot subscribe to the belief that this life is a vale of tears, though it once was just that for many of us. But it is clear that we make our own misery."

"In all these strivings, so many of them well-intentioned, our crippling handicap had been our lack of humility. We had lacked the perspective to see that character-building and spiritual values had to come first, and that material satisfactions were not the purpose of living."

"Definition of an alcoholic is an egomaniac with an inferiority complex."

The Twelve Steps of Alcoholics Anonymous 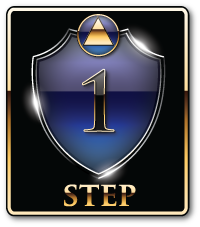 We admitted that we were powerless over alcohol - that our lives had become unmanageable.

This step speaks to us about surrender. It tells us that our lives are a mess and out of balance. That we are slaves to alcohol and the chaos surrounding it. That all of our problems are of are own making. 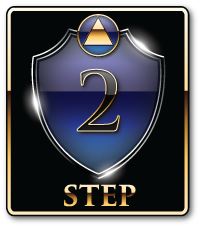 Came to believe that a Power greater than ourselves could restore us to sanity.

This step makes us question what we believe in. Do we believe in a Higher Power, A.A. itself, our childhood God, or another faith-based religion? Do we accept the fact that we are not sane because we do not act rationally when it comes to drinking alcohol, or managing our personal lives. The importance of keeping an open mind is paramount here. 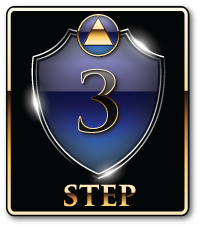 Made a decision to turn our will and our lives over to the care of God "as we understood Him".

This step asks us to open the locked door. The key is willingness to open it. A little faith in the God of our understanding and the key will be placed in our hands. 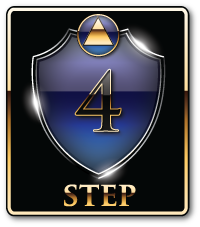 Made a searching and fearless moral inventory of ourselves.

This step addresses how our insincts exceeded reasonable function. This step is a call to action, and an honest inventory of our liabilities. Who are we really? How can our liabilities hamper our desire, and ability to be a better person? 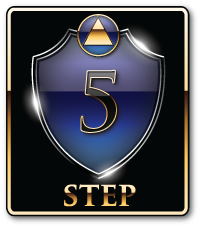 Admitted to God, to ourselves, and to another human being the exact nature of our wrongs.

This step is the most necessary and difficult step to do. It is essential to our sobriety, and our serenity. Not many can stay sober without this step being earnestly done. 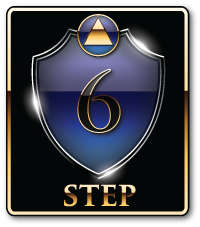 Were entirely ready to have God remove all these defects of character.

This step speaks to us about recognition of the difference between perfection and striving for the objective. Readiness to ask for Gods will in what we do. 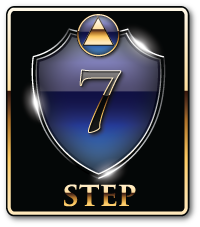 Humbly asked Him to remove our shortcomings.

We learn about humility in this step. We begin to see that true humility is not acting meek as a mouse, but instead it is knowing, and staying within the bounds of our limitations. It is also willingly submitting to the recognized authority of others when necessary. 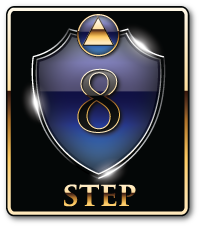 Made a list of all persons we had harmed, and became willing to make amends to them all.

This step teaches us what humility is meant for. We fail at nuturing quality relationships. This step allows us to have the willingness to repair the past harm. This is the beginning of repairing our broken relationships. 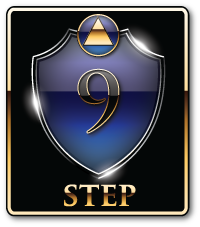 Made direct amends to such people wherever possible, except when to do so would injure them or others.

We cannot have peace of mind without making amends. A good amends is timed well, and is a calculated risk. Prudent judgement is essential to a good amends. 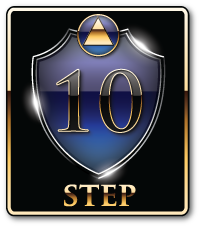 Continued to take personal inventory and when we were wrong promptly admitted it.

This step is the first of three maintenance steps to achieve positive progress in our new way of life. 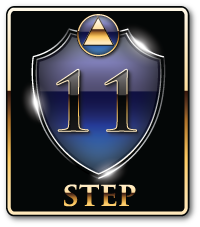 Sought through prayer and meditation to improve our conscience contact with God "as we understood Him", praying only for knowledge of His will for us, and the power to carry that out.

This is our communications step. Step 11, followed properly, opens a direct line of communication between ourselves and our Higher Power. We seek out selfless knowledge of his will for us. 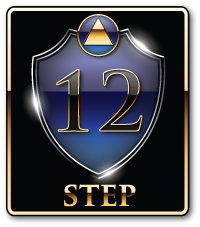 Having had a spiritual awakening as the result of these steps, we tried to carry this message to alcoholics, and practice these principals in all our affairs.

This step tells us how our spiritual awakening can help other alcoholics through our own experience, strength, and hope. We have to give it away freely if we are to keep it.